IF Only MOTHER NATURE COULD TELL THIS STORY 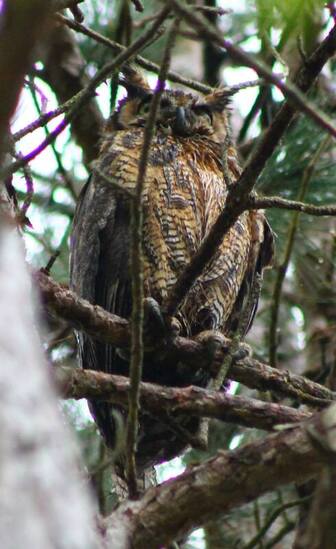 You could easily describe Steve Brasier as Attleboro’s Renassaince man. A quasi park ranger who manages over 2 billion gallons of standing fresh water at any given time; a semi-professional nature observer and photographer; and a weather enthusiast.  He has captured the images of wildlife and the evolution of Attleboro’s massive watershed system while meticulously maintaining our weather records for the better part of 34 years. Next month he will finally retire. This story is about Steve’s many unheralded contributions and devotion to making Attleboro a unique city.

The Natural Naturalist
“He held up a finger so I wouldn’t break his concentration. I could tell by his accent that he was from England, and his focus was, let’s say a bit more intense. He had heard that a rare European Tufted Duck was spotted in Attleboro and had made a new residence at Manchester Reservoir, and this guy was intent on seeing it .” Steve recalled as we discussed some of the rare wildlife he has seen.  “Before you knew it, bird watchers from all over the region were here to catch a glimpse.”

Who would have thought that a rare water bird could attract so much attention?  But Steve Brasier has seen, and most likely photographed it and so much more wildlife in his decades managing Attleboro’s vast network of water reservoirs and their surrounding forest areas. Unrealized by many residents, Attleboro’s water system is perhaps its most valuable resource.

With Hoppin Hill and Orr’s pond first built in the early 1900’s, and Manchester reservoir the latest and largest completed in 1962, the water system of 7 reservoirs span nearly 1,100 land acres and 580 water acres across the city. Thanks to the vision of the city’s leaders over 120 years ago, the lakes and ponds, containing nearly two billion gallons of fresh water, are dedicated for water supply only. There are no housing developments, public boating, or swimming, and are all connected through a series of massive pipes, streams, and pumps that can move water from one to another with the flip of a few switches. Understanding the operations and maintenance of this is no small task. With the climate continuing to heat up and drought conditions growing more common and intense almost every year, this water system is an enormously valuable resource for Attleboro residents, as many nearby towns are lucky to have just a single reservoir.

Steve carries the official title of Watershed Tender for Attleboro’s system, assuming the role in 2002. He joined the water department as a general landscaper in December 1987, and has since become the defacto historian, photographer and meticulous keeper of weather records for the city. He says the Watershed Management department’s primary role is to maintain the properties, to move water between the sites as necessary, and to walk the properties every Friday afternoon.  And this is where he was able to combine his lifelong passion of photography, his love of nature (especially birds), and his career into the perfect match.  “I had always thought of becoming a park ranger, but this job has been the next best thing.”

“Possibly Millions” of Photos
It is a rare day that you’d find Steve without his professional digital camera, and it’s not his smartphone. He takes his photography seriously which means a serious camera.  When asked if he could estimate how many photos he’s taken over the years, he stared across the reservoir, shook his head, and as he pondered a bit, finally replied “Possibly millions. There have been so many. My house is full of photo albums”

He has taken so many photos that he has categorized his digital albums on his dedicated facebook page for each mammal, reptile, and avian species he records.  Over the years he has seen nearly 20 different species of waterfowl alone, including the famous European Tufted Duck, geese, swans, mallards, loons, and many more. But it’s not just water fowl.  Birds of prey also abound including  Bald  and Osprey eagles, many different species of hawks and magnificent owls. Not to be left out, he has captured amazing photos of turtles, snakes, salamanders, deer, coyotes, otters, beavers, racoons, and much more.  His photos have made the cover of a nature magazine, regularly featured in the local paper, and have delighted his facebook followers for years.

When asked to recount some of his most memorable experiences interacting with local nature, he stopped to think for a moment in what was obviously a difficult attempt to narrow his memory down.  “There have been so many cool things I’ve been able to witness and capture.  I think some of the animals have seen me so much over the years that they almost pose for me now.” he says, only partially joking. “I’ve photographed a coywolf hunting down a large buck in real time, almost like you’d see on the Discovery Channel. I remember on the first day in 2008 that I used my first digital camera, a Hawk perched on a tree limb flew out of my lens view right before I started to snap pictures, then flew right up in front of me, almost to give me a few of his most proud poses.  He did the same thing the following day.  It was amazing. “

He explained that he has always had a passion for photography, even in days of 35mm  processed film, as well as an avid bird watcher. He loves to photograph and see birds in action, but he is an equal opportunity naturalist and photographer when he comes across animals in the wild.

His camera is not just for nature. Brasier has created a photographic record for nearly all construction and watershed management projects for decades, giving the city invaluable reference points for when repairs or expansion have had to be made years later.  Each reservoir has two physical albums full of photos he has taken. “I really have a passion for my job and the care we give to our infrastructure. It’s very fulfilling to see what we have built, and improved, over the years.”

“How Much Rain Last Night?”
If you asked him, Steve Brasier would be able to answer this question very precisely. In fact, he could tell you the rain totals, snowfall, temperatures, wind speed and direction, and just about any weather record for any day in Attleboro over the past 30 years.  As part of his love of the outdoors, and his job with the water department, the weather is obviously intertwined. “Attleboro actually bought its first rain gauge in 1895, which was unique at the time, but someone needs to record what happens. So when I arrived I took the responsibility to record the daily rainfall, and it just grew from there.”  Brasier explains.

In fact, he became so good as an official weather observer and at recording the city’s weather history that he became somewhat of a celebrity in the State weather circles.  In 2005, Brasier and two other weather observers were recognized by the State of Massachusetts for their dedication and precision.  “When I was invited to attend, I didn’t realize that it was to highlight just the three of us. There was a big event in Boston and all of a sudden my face was projected up on the big screen. Everyone in the weather community that attended from around the State seemed to know who I was. I’ll always remember that.”

“It’s not a job, it’s an adventure.”
“I enjoy coming to work every day and not knowing what I am going to see. Our initial goal when I started was just to get the reservoirs and dams to a point where we could just see them, they were so overgrown.  Now, we have a beautiful system where people can fish, hike, and enjoy our nature.  It has been a very rewarding job.”

When Steve’s retirement becomes official on January 24th, 2021, he plans to continue enjoying the things he loves doing today. He has a huge garden, loves to fish, kayak, and of course photography.  Oh yeah, it goes without saying he has a personal weather station that will require daily monitoring.  “I just plan to be able to continue to enjoy the things I have a passion for, and to spend time with my wife, daughter, and granddaughter.  I couldn’t have asked for anything more as a career, and I am thankful for all the people I was able to work with over the years.”
​
And we are thankful for you too Steve.  Congrats on reaching your retirement and thank you for all your years of service to the City.  It is truly a watershed moment for us all.

If you'd like to see some of his work, just click on the button below and I will send you a link to his amazing photo collection including his top ten favorite nature shots that he made just for this article!